Worried about Facial Lines and Wrinkles! 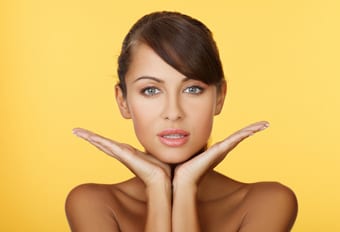 Improvements in skin concerns are necessary to bring back the youthfulness of one’s appearance, and also to improve the overall look of a person. Improvements in the way one looks like can also have a huge impact on the way one interacts with others – and with the way he or she feels about life in general.
Ablative laser treatments can bring about the necessary skin condition improvements that one wishes to have – with results that are dramatic and long lasting.

What is Ablative Laser Surgery?

All lasers work by emitting a single wavelength of very intense light; this light then produces a controlled injury (controlled wounds or blisters) to the skin that involves just the right amount of damage so that new cells are encouraged to grow and heal the injury. The ablative laser injures the top layers of the skin, allowing for healing of superficial problems due to photo aging (sun damage) or due to natural ageing.

Erbium YAG (ErYAG) laser – The second category of ablative laser skin resurfacing systems is composed of the erbium YAG lasers. The Erbium YAG (ErYAG) laser is a type of laser that emits light which is designed to be absorbed by water as the light comes into contact with the skin. As skin cells are composed mainly of water, the heat produced by the laser light is scattered over the areas of the skin. Erbium lasers are recommended in cases when very precise work is required or when there is a danger of sensitive skin being burned.

Long pulsed Erbium (YAG) laser – The effects of the long pulsed erbium YAG laser is considered as gentle, but the results are more dramatic and intense. The Long pulsed Erbium (YAG) laser is often used to improve the appearance of scars, deeper facial wrinkles, tattoos, and skin discolourations. The gentleness that is associated with this technologically sophisticated laser makes it ideal to be used most often on very delicate skin, to correct skin conditions such as wrinkles around the outside of the eyes and mouth.
The benefits of using an erbium laser (for acne, scars and wrinkles) over a CO2 laser is that recovery occurs within five to seven days, rather than two months. There is also a decreased chance of unpleasant side effects such as redness, inflammation, and infection if either type of erbium laser is used.

Speak to a Dental
Face, Skin or Laser
Treatment Expert