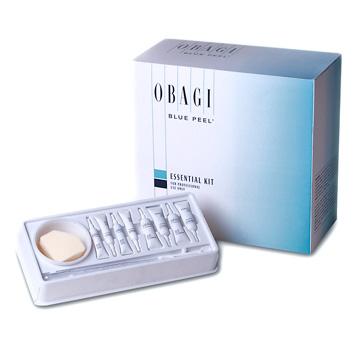 The degree and depth of penetration of the Obagi Blue Peel treatment can be adjusted by a Woodbury Dental and Laser Clinic specialist in Kent, to successfully address the concerns of the patient.

The Obagi Blue Peel procedure takes less than an hour and does not usually require sedation or any form or anaesthetic. The cosmetic skin care professional or physician will apply the Blue Peel typically to the face and neck areas, to improve the condition of the skin in these areas.

Depending on the strength and depth of the Obagi Blue Peel, the patient will experience a light degree of swelling right after the procedure. Within 2 to 3 days, the skin will start to peel; this peeling will continue over the next several days. By Days 7 to 10, full healing of the skin can be seen and experienced.